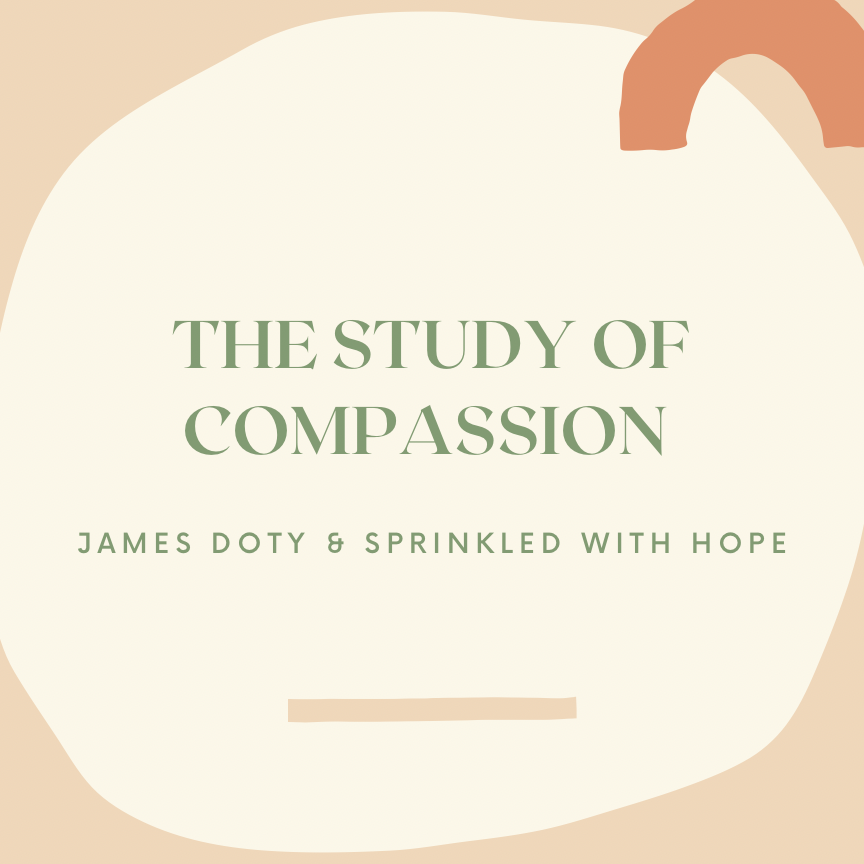 Sprinkled with Hope
83-The Study of Compassion with James Doty

James R. Doty, MD, is a clinical professor in the Department of Neurosurgery at Stanford University School of Medicine. He is also the founder and director of the Center for Compassion and Altruism Research and Education at Stanford University of which His Holiness the Dalai Lama is the founding benefactor. He works with scientists from a number of disciplines examining the neural bases for compassion and altruism. Dr. Doty attended U.C. Irvine as an undergraduate, received his medical degree from Tulane University and completed neurosurgery residency at Walter Reed Army Medical Center. Dr. Doty served 9 years on active duty in the U.S Army attaining the rank of major. He completed fellowships in pediatric neurosurgery and electroneurophysiology. He is an inventor, entrepreneur and philanthropist. He holds multiple patents and is the former CEO of Accuray (ARAY:NASDAQ).

Dr. Doty has given support to a number of charitable organizations supporting peace initiatives and providing healthcare throughout the world. Additionally, he has supported research, provided scholarships and endowed chairs at multiple universities. He is a consultant to medical device companies and is an operating partner and advisor to venture capital firms. Dr. Doty serves on the Board of a number of non-profits and is the vice-chair of the Charter for Compassion International and the former chair of the Dalai Lama Foundation. He is on the Senior Advisory Board of the Council for the Parliament of the World’s Religions. Dr. Doty serves on the Board of Governors of Tulane University School of Medicine and the President’s Council at Tulane University. He is the New York Times bestselling author of Into the Magic Shop: A Neurosurgeon’s Quest to Discovery the Mysteries of the Brain and the Secrets of the Heart now translated into 31 languages. Dr. Doty is also the senior editor of the recently released Oxford Handbook of Compassion Science.